Garba dance is  a popular folk dance of an Indian state – Gujarat. This dance form has connection with Shakti-Puja (worship of power) and its origin is believed to be in the worship of goddess Jagdamba. It is played in a circular form performed by ladies on the nine nights of mainly Navaratri festival and continues till late night.

It is said that just as Lord Krishna popularized the Ras dance, Usha the grand daughter-in-law of Lord Krishna is credited to have popularized Lasya Nritya, which is known today by the name of Garba dance.

Garba dances celebrate fertility, honor womanhood, and pay respect to any of an array of mother goddesses.  The dance also customarily mark a girl’s first menstrual cycle and, later, her imminent marriage.

Garba dancing also takes place during the nine-day Navratri festival, held annually during the Hindu month of Ashvina (September–October). Although men may participate on some occasions, women are the typical performers of Garba. 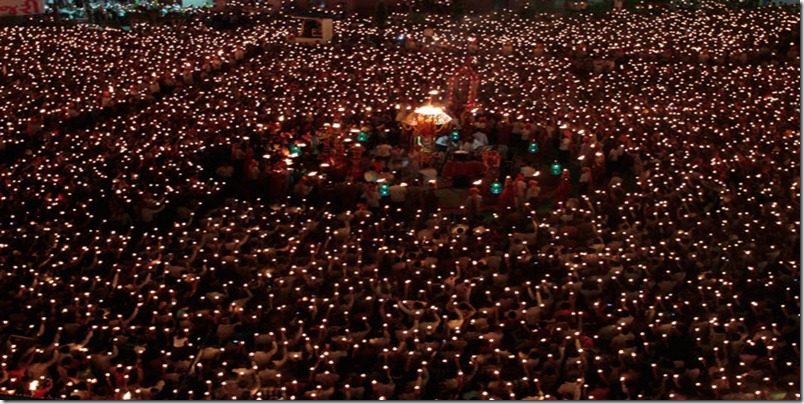 Another perspective on the symbolic form of Garba is that as the dancers move around in circles making circular movements with their hands and feet, it represents the circle of life, which moves from life to death to rebirth, leaving only the Goddess Durga unmoved, unchanging and invincible.

The word Garba comes from the Sanskrit word for womb and so implies gestation or pregnancy – life. Traditionally, the dance is performed around a clay lantern with a light inside, called a Garbha Deep. This lantern represents life; the fetus in the womb in particular. The dancers thus honor Durga, the feminine form of divinity.

Garba is performed in a circle as a symbol of the Hindu view of time. The rings of dancers revolve in cycles, as time in Hinduism is cyclical. As the cycle of time revolves, from birth, to life, to death and again to rebirth, the only thing that is constant is the Goddess, that one unmoving symbol in the midst of all of this unending and infinite movement. The dance symbolizes that God, represented in feminine form in this case, is the only thing that remains unchanging in a constantly changing universe (jagat).

The Garbha Deep has another symbolic interpretation. The vessel itself is a symbol of the body, within whom Divinity (in the form of the Goddess) resides. Garba is danced around this symbol to honor the fact that all humans have the Divine energy of Devi within them. Garba is now being appreciated worldwide.

Continue reading what music and songs are used for Garba dance. You will also find easy dance steps, what to wear in the dance, where to get those dresses in USA and other countries.

2 thoughts on “What is Garba Dance – Facts you must know”